Using Tech Sensors in Homes of Seniors: A National Study 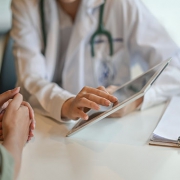 A seven million dollar, four-year study funded by the Department of Veterans and the National Institutes of Health is being executed to accumulate information about senior living behaviors at home. The goal of the study is to monitor and detect health changes in older adults allowing them to live safer and longer in their own homes. The meta-data gathered from the sensors is then distilled using algorithms and artificial intelligence to look for patterns and draw conclusions. This data analysis will enable researchers to observe the inter-relations of various activity patterns and predict the onset of new medical problems.

The study, known as Collaborative Aging Research Using Technology (CART), was developed by a team of gerontologists, clinicians, engineers, computer and data scientists, as well as end-users. Sensors are alert to the presence of the at-home senior, collect real-time data, are unobtrusive, and do not hinder daily life. The platform is open-ended, accommodating new data systems or devices that may be developed in the future. All study participants consent to the use of the data collected. The data is ultimately de-identified and stored on participating universities’ advanced computer centers and are available to the research community.

Sensors track mobility, such as movement between rooms and walking speed. Engagement in social behaviors like phone calls, emails, social media, and outings are monitored. Sleeping patterns and physiologic functions like BMI and pulse are also monitored, as are sleeping patterns. Changes in a senior’s activity norms, like computer use or driving habits, can be early signs of cognitive decline. Changes in their gait and movement may identify frailty issues. Real-time information provides a more objective measure of ongoing health than patient-based recall in a doctor’s office, trying to describe something that happened weeks ago. Lead researcher Dr. Jeffrey Kaye states, “The technologies that we install are designed to detect changes that are basic to people’s daily function and their ability to stay independent.” Dr. Kaye further comments, “With this more objective and much more frequent data, you can determine the true trajectory of change over a short amount of time with fewer people.”

Specifically, CART uses wall and ceiling sensors that can track the amount of time someone spends in a room as well as movement between those rooms and walking speed. Outside door sensors monitor the number of times a study participant leaves their home by tracking the doors openings and closings. A digital scale not only measures weight but body composition and heart rate. A digital pillbox measures adherence to medication regimes through tracking the opening and closing of the pillbox lid. Many participants are excited to get an upgrade to their old watch in the form of a digital wristband that measures daily activities, steps taken, and sleep patterns. Driving sensors installed in participants’ vehicles track how often and for how long the senior is driving. A sleep sensor is fitted underneath the participant’s mattress and can monitor when someone falls asleep as well as moments of restlessness, and time spent in light, deep and REM cycles of sleep. Computer use is audited via an installed software program following a participant’s logins, app usage, and time spent on the device. All of these sensors create an array of information to be studied by CART researchers without using overly intrusive cameras or keylogging.

The Wall Street Journal (WSJ) reports the technology for CART participant homes currently number 50, with a projected 250 homes to be outfitted. Participants include a group of low-income seniors near Portland, the second group in rural Oregon and Washington comprised of veterans, a mostly African-American Chicago based group, and finally a group in Miami who primarily speak Spanish. This study is being closely watched by a group known as Aging in Place Technology Watch. Founder and principal analyst Laurie Orlov feels a system like CART can present a better opportunity to manage patients sent home from the hospital but still require some form of medical and daily living monitoring. Because CART looks for behavioral change that is predictive of an adverse event, it is superior to other monitoring systems that reactively alert observers that someone has fallen.

CART’s mission is the creation of a national research infrastructure using new and evolving technologies as well as meta-data to study aging in place. Detecting subtle, but meaningful, changes in a diverse group of older adults’ shifts in daily living habits provides information to assess and aid healthy, independent aging. The cost of care projections for the growing US aging population is more than 1 trillion dollars by 2050. Medicare and Medicaid programs are the primary payers of health care for those Americans aged 65 or more. Creating safe and successful living scenarios for the elderly in non-institutional settings is one of the few ways to reduce spending while expanding services to a broader population through technology. A system like CART can potentially detect the onset of medical issues that require intervention by a medical professional or caregiver for those seniors opting to age at home.

We help seniors and their families create legal plans that cover long term care and how to pay for it. If you would like to talk about your particular situation, please don’t hesitate to reach out. Please contact our Ruston, LA office by calling us at (318) 255-1760 or schedule an appointment to discuss how we can help.